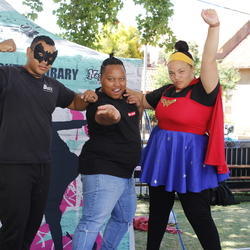 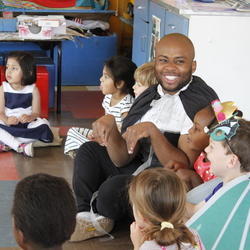 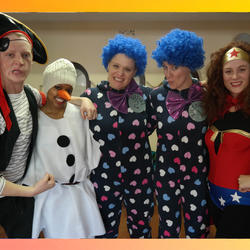 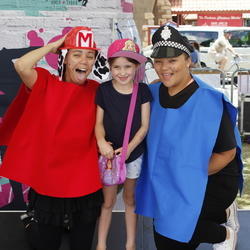 Submitted on Tuesday,
Thank you Buzz for making my son Joshua's ninja turtle theme party extra special. Roline was super, from her point of contact with me for her preparation, being prompt and her vibrant personality and enthusiasm whilst keeping kids entertained, I was so impressed. The kids had fun and my son felt special. Thank you once again.
Submitted on Saturday,
Wowzi! What an awesome Jojo Siwa theme. Buzz Parties really outdid themselves. Every single friend enjoyed themselves. The birthday girl had the best time ever. She just loves Buzzing with Buzz. Thank you to our leaders that made the day so special.
Submitted on Monday,
Thank you to Palesa and colleague. My daughters 5th birthday party (unicorn theme) was a hit with the kids were thoroughly entertained. The team from Buzz was punctual, engaging and very patient with the little ones. You will definitely hear from me again.
Submitted on Wednesday,
Buzz came to us and did an hour of Star Wars themed party fun for our 6 year olds birthday party. They had 20+ kids enraptured the whole time and we thoroughly enjoyed their entertainment. Thanks to Buzz, we will definitely recommend you to our friends!
Submitted on Tuesday,
We had a fabulous Paw Patrol party with the Buzz Team! They are full of energy & enthusiasm and were a total hit amongst the kids!
Submitted on Saturday,
Marshal and Chase kept the children entertained with high-energy and interactive activities. They kept the attention of the group and the children thoroughly enjoyed their hour of Paw Patrol fun.
Submitted on Monday,
What a great experience! We couldn't have asked for a more energetic and fun party. They kept the 5 year olds entertained for an hour with music, dance and group interaction.
Highly recommended.
Submitted on Thursday,
Buzz birthdays are the best, my daughter and her classmates had a great time... thank you Buzz drama, the entertainment was awesome.
Submitted on Wednesday,
My daughter and her class enjoyed their Moana themed party... thank you Buzz
Submitted on Saturday,
I think Buzz parties are absolutely the BEST thing you can do for your child. They keep the children busy for an entire hour, while the parents have fun drinking wine and hanging out. What a great experience!
Submitted on Tuesday,
Wow, wow, wow! The buzz team held a Unicorn birthday party for my 9 year old daughter, was it super amazing, the kids had a load of fun and so did the adults. Well done to Buzz kids and the amazing party leaders.
Submitted on Monday,
Thank you Buzz team for a brilliant party! From admin staff to performers you were all pleasant efficient and accommodated me at short notice . A special thank you to Savanna Palesa and Mo. Thank you for making Sivas Star Wars party super special! You buzzed your hearts out for us. Much appreciated. Kershnee and birthday boy Siva.
Submitted on Thursday,
Thank you very much to the Buzz team for an amazing experience! Every child at the party displayed pure joy on their faces at the goings on. The Buzz team member played her part perfectly and the kids were genuinely disappointed when it all came to an end.
Submitted on Wednesday,
The Buzz team were so friendly and excited to be part of the birthday party. The kids absolutely loved every minute and I'm sure we will have the Buzz team back again next year!
Submitted on Sunday,
Daniel loved his Minion Madness Party last Sunday and we would like to thank Buzz for making it such a success. The Buzz leaders kept the children highly entertained for the entire hour - all we heard was laughter and fun and games. The children (and parents) all said it was wonderful.
Submitted on Monday,
The Buzz team were professional and exuberant! They made all Lylas party wishes come true! It was wonderful to see them taking children on an imaginary adventure, without technology!

"The content of this page in so far as the marketing of goods/services is concerned, is the property of the company itself and Jozikids cannot be held responsible for the accuracy, validity or legality of the content therefore."