I have a confession…. I used to be one of those people who mocked, yes, mocked the mom’s who went to great lengths for their children’s birthday parties. You know the ones that I’m talking about – with ponies, jumping castles, designer party packs and cakes on a par with what you would see at a wedding.  I was especially amazed when these parties were for the early birthdays, when really, the little mites wouldn’t be any the wiser, and as long as you had the ‘obligatory photo’ (you know, the one with said birthday child shoving his face full of cake) all would be good.

That was until I became a Mom…. Or more specifically – 5 weeks before my little one’s FIRST birthday. All of a sudden the birthday party started consuming my thoughts, daydreaming of being one of those super moms who makes handmade  bunting for decorations, graphic designed invitations, with designer party packs, and entertainment for the kids that fills the air with squeals of laughter.

After initially feeling guilty for starting to think of ‘over-the-top’ ways to celebrate my monkey’s birthday (especially since I’ve openly admitted to mocking mom’s previously), I’ve accepted that I DO want to celebrate this first year we’ve both survived, and been blessed with an amazing daughter.

I now get why people go to the ends of the world, often blowing their monthly budget on these events . We intrinsically want the best for our children and we want to shout to the world that we love our children and will do anything for them. If it takes ponies, jumping castles and tiered cupcakes, well then so be it. We’ve earned it, we’ve had enough sleepless nights, butternut mushed into our favourite jerseys and stolen Sunday afternoon naps, to do whatever we want to express our love for our babies and the achievement we’ve accomplished.

So…  I will be going overboard for Layla’s birthday party – this does not mean that there will be ponies in the garden, nor will there be jumping castles. There are plenty more birthdays for that! I will however be making an effort with my invitations, I will be going overboard with the decorations and have an unreasonable ratio of balloons to children. I will decorate the cake beautifully and spend far too much time on it – I know Layla won’t know it’s beautiful, but that’s ok – one day she will.  I’m going to give party packs to all the kids and I’m going to love every minute of this special day celebrating the day I gave birth to this little miracle that has brought us so much joy for the last 365 days.

This may not seem overboard to you at all and that’s fine. For me, it is… this is my overboard.

I probably won’t have people lining up for an invitation to the 2nd birthday party because of any of it – I don’t care. The people that love our family and the special little person’s life that we are celebrating will be there. Not because of the decorations or party packs, but because it’s a celebration 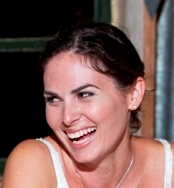 Jude Foulston is a mom to a daughter and son, who currently adventure their way through educating from home. She is the co-founder of Future Smart Parent, a platform for parents who are parenting a little differently, yet very much intentionally for a changing world, and a director at TomorrowToday Global
See all articles by Jude Foulston Kids’ parties: to DIY or not to DIY? 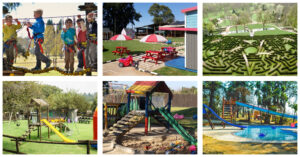 The perfect party venue is at your fingertips 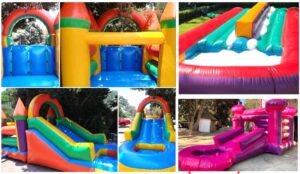 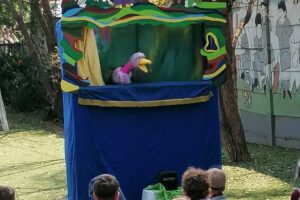 Kids’ parties: to DIY or not to DIY?

The perfect party venue is at your fingertips