My boyfriend and I don’t have kids, probably because we’re still children at heart ourselves.  So it was no surprise when Jon suggested on Saturday morning that we go see Toy Story 3.  I was a little sceptical at first, “but shouldn’t we rather stay in bed and rather watch the movie when it’s out on DVD?” did not escape my thoughts, let me tell you.

An hour later, popcorn in hand and sitting down in the movie cinema, I had my goofy 3D glasses on and I was giggling away at the opening scenes of Woody, Buzz and crew and I remembered why I love pretending to be 12 years old.  Kids’ movies are just so much fun, and Toy Story 3 does not disappoint.

Andy is now an all grown up, car driving young adult off to college and has forgotten about playing with his toys.  Woody and Buzz Lightyear, his trusty old favourites are trying to convince the rest of the toys that their job is to still be there for their owner, even if that means being stuck up in the attic until Andy has children of his own one day.  Of course, Toy Story wouldn’t be Toy Story without some form of mishap or adventure, and soon the toys find themselves accidentally on the curb, heading for the big, scary toy-squashing rubbish dump.

Woody jumps in to save the day and suddenly the movie really kicks off.  With new characters brings new villains, and in this segment of the trilogy, the villain happens to be an old, cuddly teddy bear smelling of strawberries.  Another new addition to the storyline would be Ken and Barbie.  Oh my word, they bring such comic relief their intelligence questioned and more particularly, Ken’s sexuality being totally compromised, which definitely leaves the adults reeling with laughter at in-jokes that were made specifically to go over the kids’ heads.

The character development and story line is believable, it sucks you in so that you’re on the edge of your seat, cringing when necessary, and hoping against hope that our heroes will once again come out successful and happy survivors.

I am not afraid to admit that the ending, although totally predictable, had me in tears of joy and just the right amount of wanting more without feeling dissatisfied.  I also love the fact that they’ve left room enough for more movies in the franchise to come.

One tiny little bit of criticism; the 3D element of the movie only really shows in the first five minutes of the movie.  I’m sitting here on my bed now trying to think of when else in the movie I noticed it and I’m drawing a blank.  So, honestly, I’m not sure it was worth the hundred and forty bucks we paid, when we could have easily seen Toy Story 3 for half that price and not missed out on any 3D effects, but still enjoyed the movie. 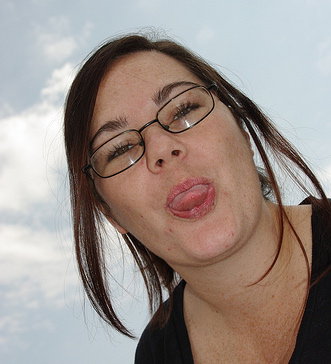 Sheena Gates,  a writer, movie watcher, workaholic girlfriend.  She lives somewhere between her house and her boyfriend's (but mostly her boyfriend's) in Jozi.  You can find her @SheBeeGee on twitter.
See all articles by Sheena Gates