This movie is such a clever collaboration of the ever popular western and science fiction genres, so if you want to see something that’s the same, yet vastly different, this movie is the one to pick!

Starring the yummy Daniel Craig and the even yummier Harrison Ford (for the moms), the gorgeous Olivia Wilde (for the dads) and the cute Noah Ringer (for the teens), this movie will keep the whole family entertained.

Combining puppets, and Computer Generated animation,  the visual effects are awesome and the kidswill definitely be glued to the screen when the Aliens finally make their spectacular 3-D appearance!

The action takes place in late 1800’s Arizona, and starts when a stranger (Daniel Craig), wakes up in the dessert, with a strange shackle around his wrist, and severe amnesia, which leaves him with no 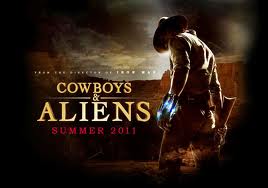 memory of who or where he is. Confused and injured, he stumbles into the “skiet, skop and donner” town of Absolution and quickly discovers that  townsfolk don’t take kindly to strangers and that the town is ruled by the all-powerful Colonel Dolarhyde (Harrison Ford) and his delinquent son.

At least this WAS the case, until the town is caught in the grip of fear, as a strange and eerie force attacks the town, and picks the residents off the street, one by one, and spirits them away in a strange alien craft.

In true hero style, the stranger slowly regains his memory and becomes the town’s only hope of salvation!  The crack shot cowboy comes to the realisation that the mysterious shackle around his wrist holds the key to fighting off the alien force, rescuing the abducted townspeople and saving the town.

Cowboys and Aliens is Universal and Dreamworks latest 3-D offering and is directed by Jon Favreau and based on the 2006 graphic novel of the same name,  created by Scott Mitchell Rosenberg.

The film was released on Friday, 19 August, so if you haven’t already seen it, make a point of doing so this weekend. 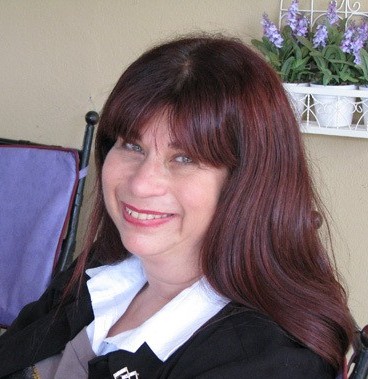 Joy Dembo, blessed to have a wonderful husband, a grown up  son, a married daughter, a grandson who is the light of my life and 2 fur babies. Recruitment Response Handling Consultant, interview coach, and Freelance Copywriter, vegetarian and animal lover.
See all articles by Joy Dembo