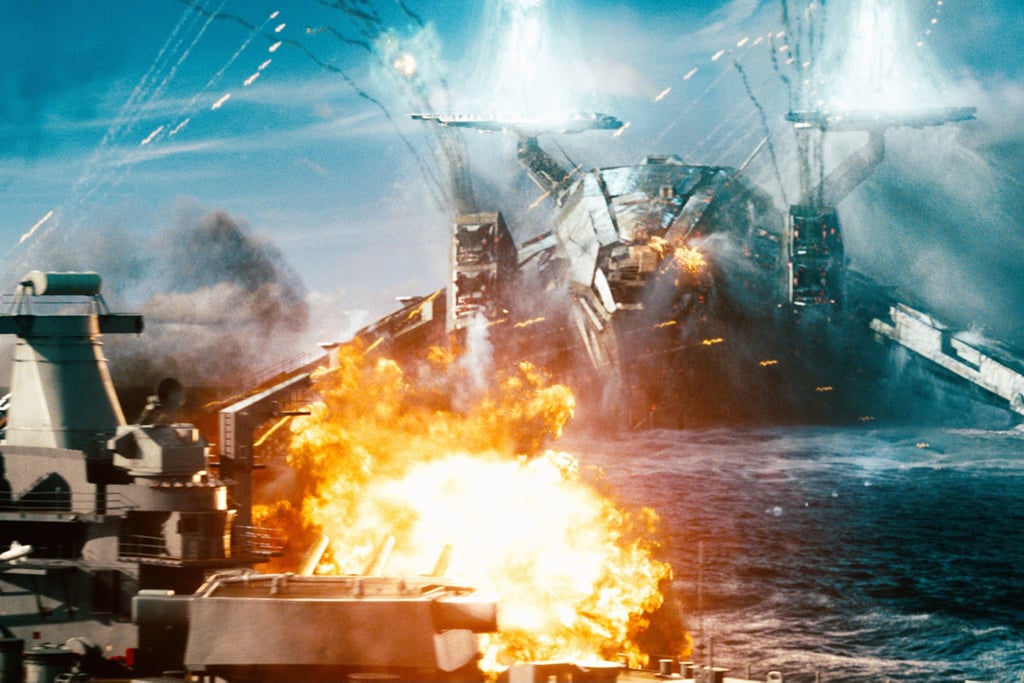 Directed by Peter Berg and released by Universal, the movie begins after NASA’s discovery of a  planet, with a similar blueprint to Earth, and curious to establish whether the planet is inhabited, they decide to transmit a signal from their powerful Hawaii satellite transmission station, aimed at this planet, with the aid of a satellite in orbit.

At the same time we are introduced to Alex Hopper (Played by Taylor Kitsch), a lazy,  good for nothing, who sponges off his brother, Stone, a talented and decorated naval officer (played by Alexander Skarsgard). In an attempt to impress the gorgeous Samantha Shane (Played by Brooklyn Decker), Alex breaks into a convenience store to get her a chicken burrito, and causes havoc, resulting in him being tasered and arrested by the police. Samantha is the daughter of the  United States Pacific Fleet commanding officer, Admiral Shane (played by  Liam Neeson),  who happens to be his brother’s commanding officer. Stone is furious and gives Alex an ultimatum: Join the Navy or you are on your own!

When the real action starts, Alex has progressed to the rank of  lieutenant, and is the Tactical Action Officer aboard the destroyer, the USS John Paul Jones, and  Stone has risen to the rank of commanding officer of the USS Sampson. Alex is in a relationship with Samantha, and wants to marry her.

The Rim of the Pacific, the world’s largest multinational naval exercise, gets under way, off the coast of Hawaii and during the opening ceremony Alex gets into a brawl with a Japanese Captain, however it is minutes to the start of the naval exercise and naturally the show must go on!

And then it happens! A fleet of alien ships arrives in response to the NASA signal, and lands in the waters near Hawaii, very close to the Sampson, 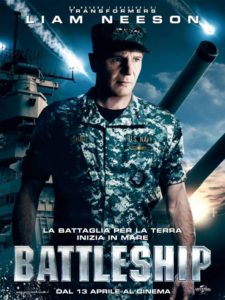 John Paul Jones, and Myōkō, who are sent to investigate. The ships are trapped when one of the alien ships erects an impenetrable force field around the Hawaiian Islands.

A fierce battle ensues, which results in the Sampson and Myōkō being destroyed, and the entire crew of  the Sampson being wiped out, including Stone, Alex’s older brother.  Damaged and leaderless, what’s left of the crew of the John Paul Jones are left to fight the battle alone. As fate would have it, the talented but undisciplined Alex is the most senior surviving officer and is forced to take command. The John Paul Jones takes the Myoko’s surviving crew members aboard, including Alex’s nemesis, Captain Nagata. The two decide to put their differences aside and join forces to fight off the alien attack.

With the Aliens trying to take command of the Oahu satellite array, and the John Paul Jones destroyed in another devastating  battle with the aliens, Alex and Captain Nagata take over a retired naval battleship, the USS Missouri, a museum ship based in the Oahu harbour.  With the help of the Navy Vets that are responsible for her preservation, the Missouri is activated and what follows will keep you on the edge of your seat!

This Sci fi naval war adventure has it all…. drama, action, comedy, bad boy makes good, romance, and the inevitable triumph of earthlings over an alien invasion.

Although a variation on an old theme, the effects are breathtaking and the story is captivating, and although the movie runs for more than two hours, you don’t even notice the time going by!

The show is rated 10V and was released on nationwide on  05 May.

Joy Dembo, blessed to have a wonderful husband, a grown up  son, a married daughter, a grandson who is the light of my life and 2 fur babies. Recruitment Response Handling Consultant, interview coach, and Freelance Copywriter, vegetarian and animal lover.
See all articles by Joy Dembo