Why kids *must* learn an african language

My four-year-old is learning isiZulu. Her pre-school offers it in the form of a weekly class. But she’s also ‘studying’ isiZulu after school, every day of the week, with her nanny.

Why? Because I believe that being able to communicate with more than 70%* of our country’s people is an important part of being a South African citizen. I believe that sharing words makes people like each other, so it’s good for our souls. And I believe that bilingualism and multilingualism are healthy for children’s brains.

Perhaps even more eloquently, according to Meryl Bailey of Linguamites (which is the monthly programme our nanny attends to learn to teach our child isiZulu), “There is great power in relationship-building through language learning,” especially in the context of current racial and cultural intolerance.

Language learning can teach children to respect other cultures, to identify with people from different backgrounds, and to grow up to be accepting, responsible and sensitive global citizens.

But beyond civil society, there are significant brain-related benefits inherent in child bilingualism, explains Meryl, including enhanced cognitive functioning, better memory, superior creative thinking, better problem-solving and the capacity for divergent thinking – as well as soft skills like adaptability and confidence.

Bottom line? An additional language can make your kid kinder and smarter.

Here are some of the insights I gained during my interview with Meryl:

Q: How can speaking an African language improve racial tolerance?

A: By learning someone else’s language you are saying, “You are important, your culture is important and your ideas are important. I want to know who you are.” The divide between us can only get smaller when we say these things to one another.

A: Speaking an African language is part of a new South African identity we need to create in order to move forward as a nation. In the future, it has the potential to open doorways for our children and create opportunities we’ve never known before.

Q: *Why is isiZulu the African language of choice at Linguamites?

A: isiZulu is spoken as a first language by more than 20% of our country, while more than 50% of South Africans use it as a second language. As a Bantu language, isiZulu stands a learner in good stead to acquire other African languages.

Q: Going beyond African languages to European or Asian languages, how should a parent choose an additional language for his/her child to learn?

Q: Can you suggest some ways to help children acquire a second language?

A: The first requirement is regular access to a quality native speaker of that language, plus a lot of time exposed to the language. We’ve found that a ‘One-Person-One-Language’ policy is critical, so that there is no ‘mixing’ of languages across caregivers. It’s also important to start as young as possible.

Q: Can you suggest some tips for teaching small children new words?

Q: Why does Linguamites teach nannies to teach their own language?

A: Being a native speaker of a language is only the first step to being a good tutor. Just like there are courses to teach English as a foreign language, nannies must be taught to teach their language to children – using the necessary tools and methodology and developing the confidence and commitment to stick with it.

Back to our story

We’ve been following the Linguamites programme in our house for three months now and I can see the joy and pride our domestic worker derives from the process. My little one is also pretty chuffed with herself (tho’ not brave enough yet to chat to people she doesn’t know). We’ll get there. And ngiyojabula when we do.

Tiffany Markman, copywriter, editor and mom to an almost-four-year-old, who tries to balance her workaholism with cuddles, books, caffeine & reining in her intrinsic kugelry. Follow her on twitter.
See all articles by Tiffany Markman 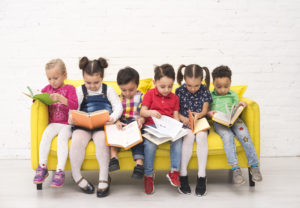 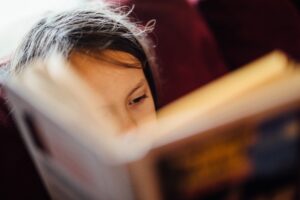 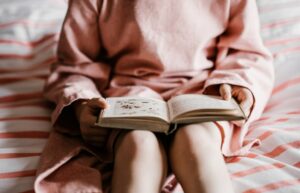 What does ‘reading’ mean in the e-age? 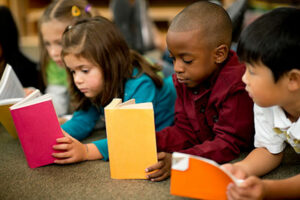 Why do some children struggle with reading?

Getting kids enthusiastic about reading

What does ‘reading’ mean in the e-age?

Why do some children struggle with reading?

Getting kids enthusiastic about reading