By Danielle Barfoot, mom to a boisterous teen and freelancer who writes about parenting and education. She writes regularly for Impaq Education, a curriculum provider for home education.

As technology continues to inundate our daily lives, children are spending more time than ever indoors – and in front of a screen. As the weather gets warmer, why not treat your children to a lesson or study session outdoors? Learning outdoors not only boosts academic performance, but overall well being and development too. Here’s why being outdoors is encouraged: 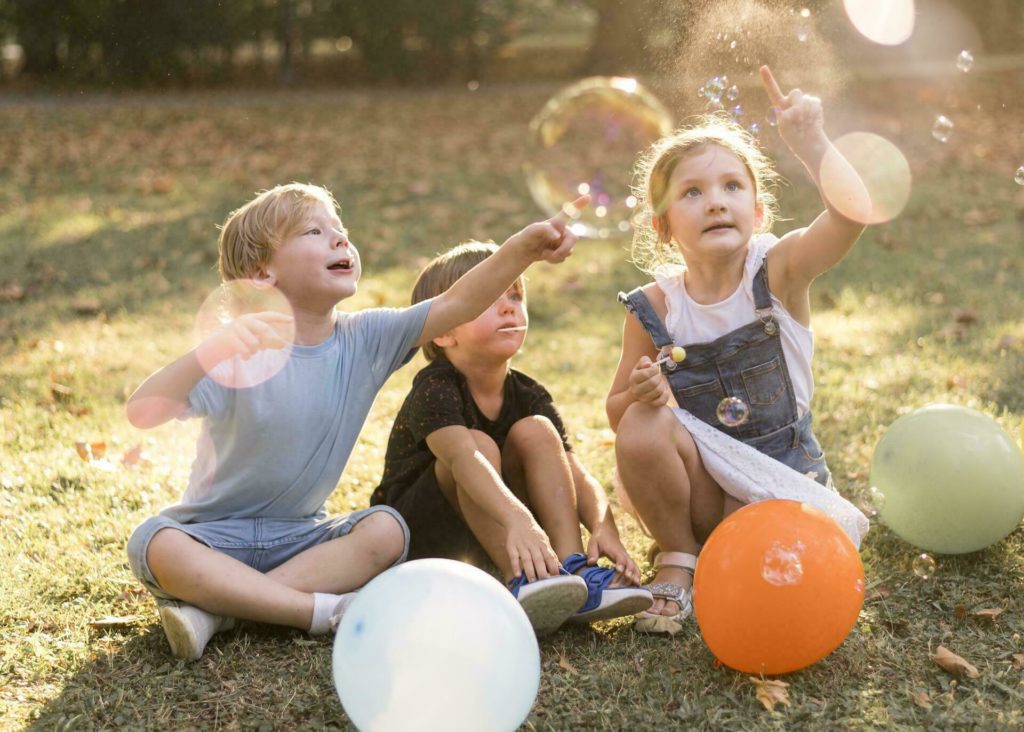 In 2005, Richard Louv coined the phrase Nature Deficit Disorder (NDD) in his book Last Child in the Woods, stating that as children spend less of their lives in natural surroundings and more time indoors, their physiological and psychological senses narrow. He blamed NDD, a nonmedical condition, on more screen time, changes in the risk perception (think ‘stranger danger’), and less time for leisure activities and sport.

According to Louv, the consequences of NDD are dire, with research showing that not spending enough time outdoors (and learning outdoors) contributes to:

Many parents think the best way for children to learn is in an organised classroom environment. But encouraging children to take their books outside will prove that they can learn anywhere, not just in indoor learning spaces.

Outside, nature itself facilitates cognitive development. For example, the eyes must adapt to light and shade, as well as near and far objects, and the ears must locate and process sounds from all distances and directions.

In addition, things outdoors never remain the same, even in planned spaces, offering variety that nurtures the senses while opening possibilities for more agile thinking. Of course, learning outdoors also allows children to make observations unfiltered by descriptions in textbooks or on the internet. 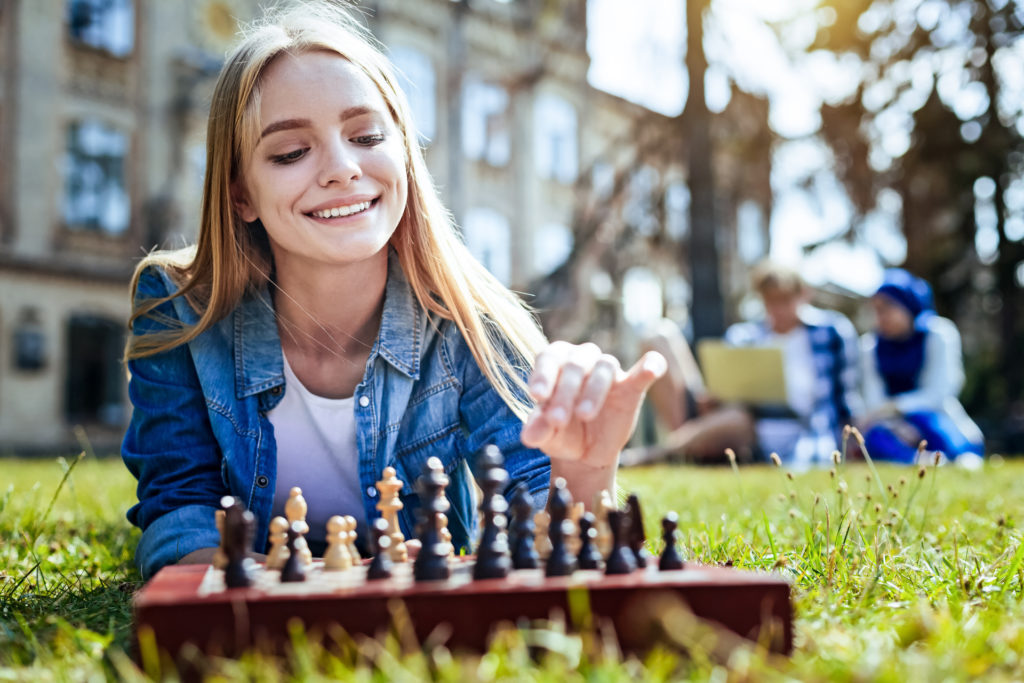 Mentally, being in nature increases the natural production of mood-boosting serotonin, meaning that learning outdoors or an outdoor lesson or study session can help lift depression. Being outdoors also leads to better breathing, which raises oxygen levels – a vital element for developing minds. An added bonus is that sunlight provides vitamin D, which boosts the immune system.

But the list of benefits does not end there! Spending time outside, whether learning outdoors, studying, or playing, can: 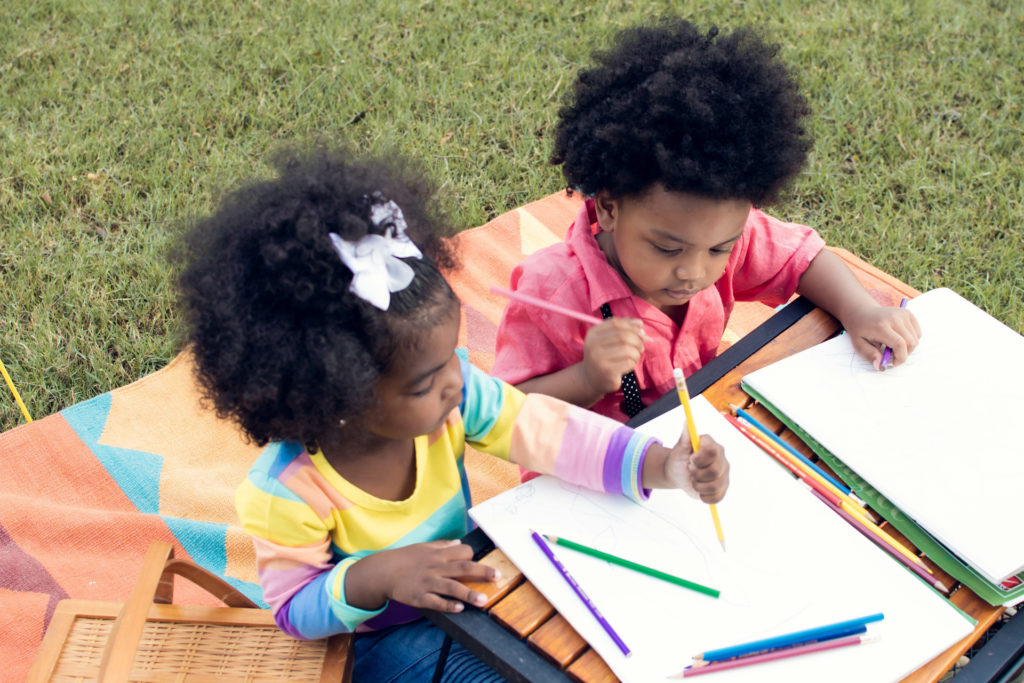 Set Up A Sensory Experience

Nurturing the senses is the foundation of cognitive development, and most children learn better by using their senses. An easy way to incorporate a sensory experience, regardless of how much outdoor space you have access to, is to create a sensory path.

A sensory path is basically a planned environment that offers children a series of guided movements to follow. The various movements on the path are designed to engage different parts of the body and brain. As children follow the path and complete these movements, they benefit from the advantages listed earlier, they work off excess energy, and they develop their gross motor skills. 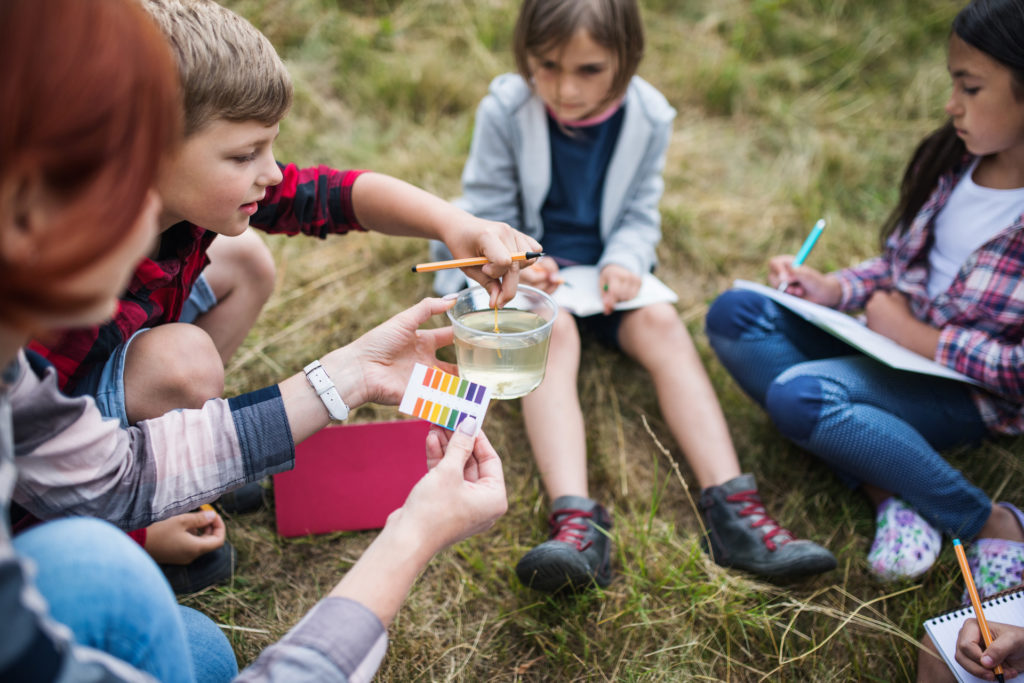 Good sensory paths contain varying physical and tactile elements, as well as some learning concepts like counting or saying the alphabet. These paths often also include yoga poses and other calming aspects. Ultimately, they are designed to be physically, mentally and sensorially engaging and provide great opportunities for physical activity and brain breaks.

Designing a sensory path does not have to be complicated. Just make sure to incorporate the elements that address:

In addition to promoting cognitive flexibility, spatial awareness and balance, sensory paths are a great way to help emotional children focus as it provides a fun distraction that triggers different parts of the brain. It can be particularly beneficial for reducing feelings of anxiety – because children are concentrating on their external environment, they focus less on worries or fears.

Send this to a friend